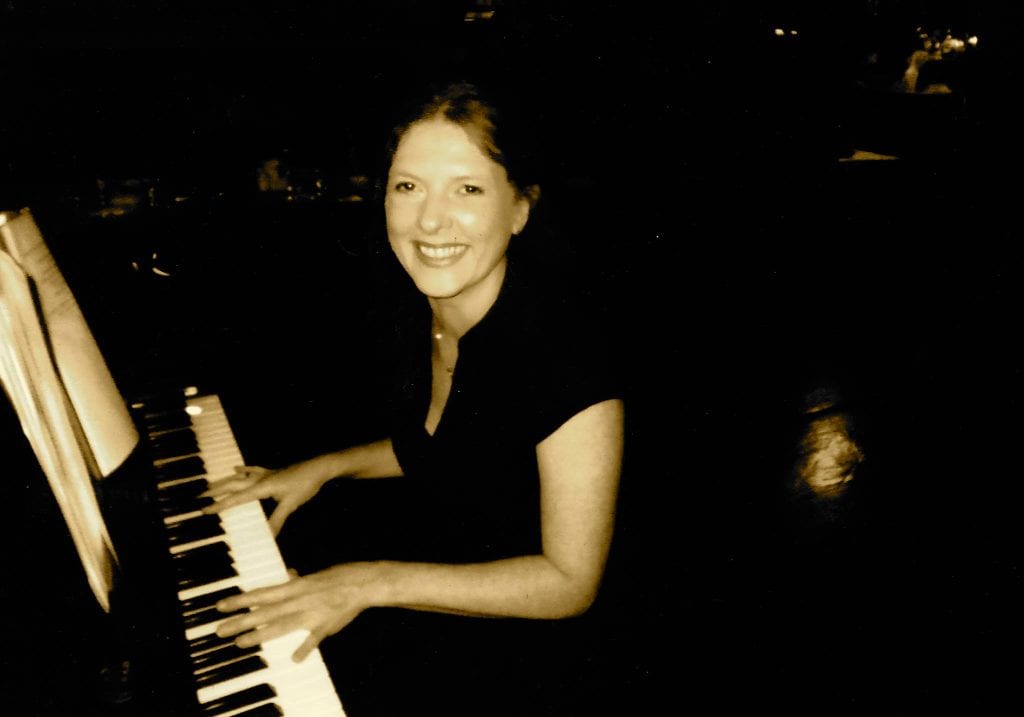 With over 30 years’ experience as a professional pianist, organist and keyboardist, specialising in all musical styles from classical to jazz, gospel to folk, traditional Irish music, pop, rock and everything in between, I love to share and perform my music at all occasions to bring joy and entertainment to everyone.

Coming from a musical family, I played my first notes on the piano at the age of two – quickly learning ‘Three Blind Mice’ followed by the national anthem (so my grandmother told me)… I never looked back.

At the age of nine, I entered the Royal Irish Academy of Music and studied piano with Miss Valerie Walker, graduating with professional diplomas in performance and teaching.

Securing a scholarship then at a young age, I majored in film scoring and composition at Berklee College of Music in Boston. I went on to work alongside the Emmy winning composer, Joel Goodman in New York City and gained in-depth knowledge and skill on musical arrangement, orchestration, composition and recording within the world of television and film.

I have toured around the world with many well-known Irish artists, gaining valuable experience working alongside other professional musicians and artists.

I have composed many acclaimed musical scores for short film, T.V and solo piano. In 2014, alongside my father Daniel (composer/arranger) and sister Judy (soloist), we released a CD of popular country music and original songs titled ‘No More Heartaches’.

Recently I composed a variety of preludes for piano with the sole purpose of assisting the more advanced student i.e. grade five to grade eight.

Working from my home studio now also enables me to combine my musical talent with passion for healing and mediation. I specialise at composing beautiful sounds for relaxing, mindful and chill out environments.

I love my music and feel very privileged to work with my passion every day.

Just want to drop you a quick email to say thanks so much for such lovely music throughout our wedding mass. Myself and Mark really loved it and the amount of people who commented on it also was unreal. It was a lovely romantic ceremony.Thanks so much.

Sorry I did not get a chance to say it in person.
Karen and Mark

You were brilliant Linda, thank you. You made our day so special

A gorgeous collaboration of two artists! So beautiful, music and the incredible art.

Browse Sample Tracks
Book Linda for an Event
Browse the Shop
We use cookies to ensure that we give you the best experience on our website. If you continue to use this site we will assume that you are happy with it.AcceptPrivacy Policy